Get To Know The Advanced Safety Features In Your Car

Get To Know The Advanced Safety Features In Your Car 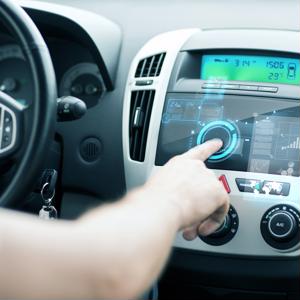 The roads will like never be entirely rid of car accidents and the accompanying auto insurance claims that come with them. But at the very least, automakers are pulling out all the stops to try to reach that formidable feat sooner rather than later, thanks to a bevy of technology features that come standard.

From advanced backup cameras to automatic steering, smartphone vehicle management to self-parking systems, auto experts say that these are some of the must-have safety technologies of 2016. Indeed, many drivers may already have these features without knowing it.

This may partially explain why a number of Americans admit to having never used these advancements while behind the wheel.

One-fifth say they've never used car's safety features
In a recent report put together by information services firm J.D. Power and Associates, 1 in 5 new-vehicle owners have never actually put some of the safety features their car has to work.
In its Driver Interactive Vehicle Experience Report, or DrIVE, J.D. Power analyzed 33 technologies that many new vehicles are equipped with today, including automatic parking systems, head-up display, in-vehicle concierge and built-in apps. Of these, approximately 20% of respondents in the poll said that they had never used 16 of them.

Kristin Kolodge, executive director of driver interaction and HMI research at J.D. Power, speculated that this may be due to motorists being creatures of habit, opting to use only those technologies they're familiar with.

"In many cases, owners simply prefer to use their smartphone or tablet because it meets their needs," Kolodge explained. "They're familiar with the device and it's accurate."

In the process, however, car owners may be unwittingly sabotaging their opportunity to keep themselves and their most precious cargo - i.e. family - safer.

MyCarDoesWhat.org launched this past summer
That's where the National Safety Council has stepped in to fill in the informational gaps. The nonprofit organization has done so through the creation of a website called MyCarDoesWhat.org. As its title implies, the online information destination is meant to clarify what many of today's all-new vehicles have as features so motorists can keep themselves and their passengers better protected from harm.

"The fact is that safety technologies save lives," said Deborah Hersman, NSC president and CEO. "Yet many drivers don't know what they are or how to use them. Knowledge is power. MyCarDoesWhat.org puts motorists in the driver's seat to make our roads safer."

Some of the features explained in detail at NSC's website - which was launched in July 2015 - include forward collision warning, rear cross traffic alert, adaptive cruise control, automatic braking systems and blind spot monitoring. This last one visually alerts drivers to when something is approaching their blind spot on either side of the vehicle.

Daniel McGehee, director of transportation and vehicle safety research at the University of Iowa Public Policy Center, pointed out that MyCarDoesWhat.org is essentially a call to action by raising consumers' awareness to the technologies at their disposal - and using them.

"These technologies increase safety and assist drivers by preventing or lessening the severity of crashes," McGehee stressed.

Not only are today's cutting edge technologies saving an untold number of lives, but they're also helping drivers save more on their auto insurance. To find out how, speak with your local Selective agent.

Let's talk about your insurance needs